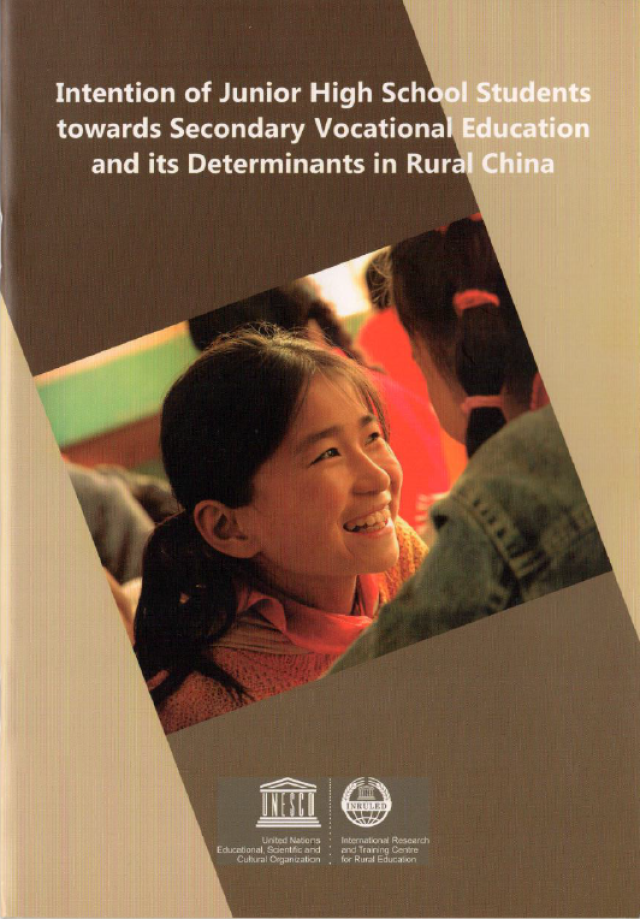 The paper investigates empirically the intention of Chinese rural students for the Secondary Vocational Education (SVE) and its determinants, on the basis of survey data collected in Zhejiang, Anhui and Shanxi Provinces in 2010. The results show that junior students in rural China strongly incline towards Secondary General Education (SGE), while their intention towards SVE is relatively low. According to multinomial logistical regression, the study shows that rural junior students’ intention towards SVE is affected by many factors. Students’ choice between SGE and SVE is mostly influenced by personal academic performance, while familial economic status exerts a significant influence on the choice between  employment  and SVE. Whether or not  junior high school students know about financial aid   for rural SVE  students does not change their intention. The results suggest that Chinese central government abolish the policy that aims to maintain roughly equal enrollment between SGE and SVE. In addition, it is recommended that the central government increases amount of financial aid for rural SVE students, especially those in central and western China.